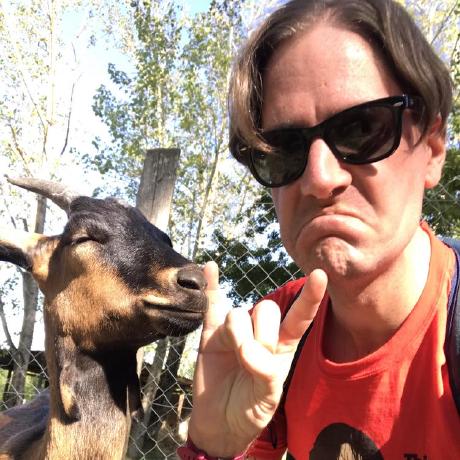 A quick introduction on using Docker for reproducibility in R.

Disclaimer: this blog post is an introduction to Docker for beginners, and will takes some shortcuts ;)

Docker is “a computer program that performs operating-system-level virtualization, also known as ‘containerization’” Wikipedia. As any first line of a Wikipedia article about tech, this sentence is obscure to anyone not already familiar with the content of the article.

So, to put it more simply, Docker is a program that allows to manipulate (launch and stop) multiple operating systems (called containers) on your machine (your machine will be called the host). Just imagine having 10 RaspberryPi with different flavors of Linux, each focused on doing one simple thing, that you can turn on and off whenever you need to ; but all of this happens on your computer.

Docker is designed to enclose environments inside an image / a container. What this allows, for example, is to have a Linux machine on a Macbook, or a machine with R 3.3 when your main computer has R 3.5. Also, this means that you can use older versions of a package for a specific task, while still keeping the package on your machine up-to-date.

This way, you can “solve” dependencies issues: if ever you are afraid dependencies will break your analysis when packages are updated, build a container that will always have the software versions you desire: be it Linux, R, or any package.

To compare with R, this is the same principle as installing vs loading a package: a package is to be downloaded once, while it has to be launched every time you need it. And a package can be launched in several R sessions at the same time easily.

So to continue with this metaphore: we’re building an image when we’re install.packages(), and we run the image when we library().

A Docker image is built from a Dockerfile. This file is the configuration file, and describes several things: from what previous docker image you are building this one, how to configure the OS, and what happens when you run the container. In a sense, it’s a little bit like the DESCRIPTION + NAMESPACE files of an R package, which describes which are the dependencies to your package, gives meta information, and states which functions and data are to be available to the users library()ing the package.

So, let’s build a very basic Dockerfile for R, focused on reproducibility. The idea is this one: I have today an analysis that works (for example contained in a .R file), and I want to be sure this analysis will always work in the future, regardless of any update to the packages used.

So first, create a folder for your analysis, and a Dockerfile:

And let’s say this is the content of the analysis we want to run, called myscript.R, and located in the ~/mydocker folder:

Every Dockerfile starts with a FROM, which describes what image we are building our image from. There are a lot of official images, and you can also build from a local one.

This FROM is, in a way, describing the dependency of your image ; just as in R, when building a package, you always rely on another package (be it only the {base} package).

If you’re going for an R based image, Dirk Eddelbuettel & Carl Boettiger are maintaining rocker, a collection of Docker images for R you can use. The basic image is rocker/r-base, but what we want is our image to be reproducible: that is to say to rerun the exact same way anytime we run it. For this, we’ll be using rocker/r-ver, which are Docker images containing fixed version of R (back to 3.1.0), and that you can run as if from a specific date (thanks to Dirk Eddelbuettel for pointing that to me).

So what we’ll do is look up for the image corresponding to the R version we want. You can get your current R Version with:

So, let’s start the Dockerfile with:

Once we’ve got that, we’ll add some RUN statements: these are commands which mimic command line commands. we’ll create a directory to receive our analysis.

The command to make R execute something, from the terminal, is R -e "my code". Let’s use it to install our script dependencies, but from a specific date. We’ll mimic the way rocker/r-ver works when building from a specific date: setting the options("repos") to this specific date, using the MRAN image: in other word, using a repo url like https://mran.microsoft.com/snapshot/1979-01-01.

Aside : making it more programmable with ARG

In our last Dockerfile, the date can’t be modified at build time - something we can change if we use an ARG variable, that will be set when we’ll do docker build, with --build-arg WHEN=

Here, the {tidystringdist} that will be installed in the machine will be the one from the date we will specify when building the container, even if we build this image in one year, or two, or four.

Now, I need to get the script for my analysis from my machine (host) to the container. For that, we’ll need to use COPY localfile pathinthecontainer. Note that here, the myscript.R has to be in the same folder as the Dockerfile on your computer.

Now, CMD, which the command to be run every time you’ll launch the docker. What we want is myscript.R to be sourced.

Remember what we want: an image that will, ad vitam aeternam, run an analysis as if we were still today. To do this, we’ll use the --build-arg WHEN= argument for the docker build. Just after the =, put the date you want your analysis to be run from.

Now, go and build your image. From your terminal, in the directory where the Dockerfile is located, run:

-t name is the name of the image (here analysis), and . means it will build the Dockerfile in the current working directory.

Then, just launch with:

And your analysis will be run 🎉!

That way, everything that will be created in the folder by the container will persist after the container is turned off. To do this, we’ll use the -v flag when running the container, with path/from/host:/path/in/container. Also, create a folder to receive the results in both :

Wait for the computation to be done, and…

What to do next?

So now, every time you’ll launch this Docker image, the analysis will be performed and you’ll get the result back. With no problem of dependencies: the packages will always be installed from the day you desire. Although, this can be a little bit long to run as the packages are installed each time you run the container. But as I said in the Disclaimer, this is a basic introduction to Docker, R and reproducibility, so the goal was more to get beginners on board with Docker :)

Other things you can do would be:

And other cool stuffs, but that’s for another blog post ;)